Heritage Action is opposed to the Border Security and Immigration Reform Act (H.R. 6136) and will include it as a key vote on our legislative scorecard. Separately from amnesty, Congress should provide a legislative fix to the family separation crisis at the southern border. Below is chart comparing the two proposals the House of Representatives may consider this week. 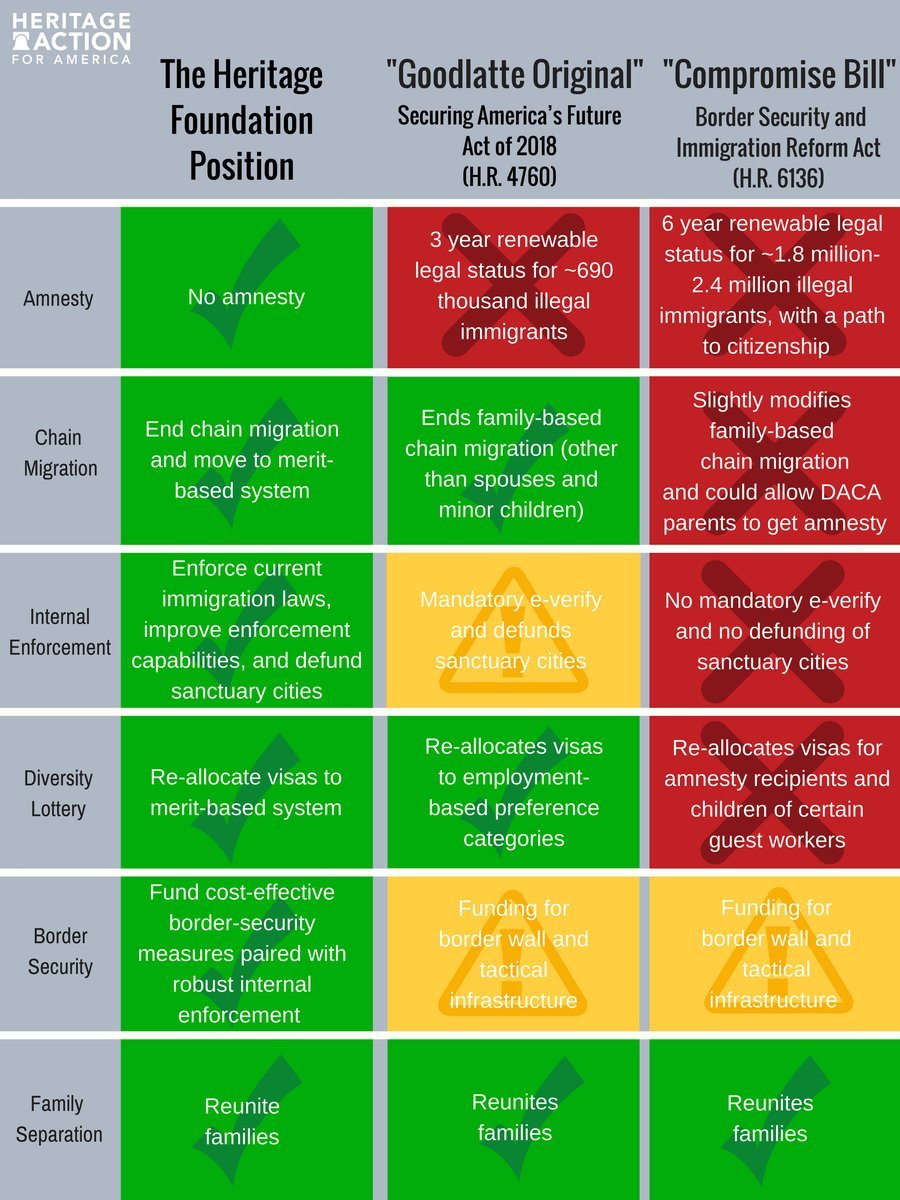 H.R. 6136 contains language that helps solve the family separation crisis, but does so in the context of amnesty. Stand-alone legislative fixes similar to what is offered by Rep. Mark Meadows (R-N.C.), Senator Ted Cruz (R-Texas), and others can help reunite families, improve the asylum process, and allow the Trump administration to faithfully enforce the law without separating families.